“Kinini” means, literally, ‘this big thing right here’. It is the name of the collaboration of cooperatives seeking to pool their efforts to improve their lots. 85% of the members are women– we met this group through the IWCA and found the lot from Tumba Village to be something worth sharing. Kinini is also the name of a washing station and cooperative located in Kinini town, which collects from the neighboring villages of Tumba and Mageragere.

To understand how a group can produce 87 point coffee in their first year of production, you have to understand the people behind the coffee. Dreamers. That’s what everyone called Jacquie Turner and Malcolm Clear when they wanted to start a school for children in Eastern Rwanda 10 years ago. Driven by the desire to help the children of the genocide, they made that dream a reality. As they got to know that community they realized that these children needed much more than just education, and consequently, they lobbied the local government and international donors to support the construction of a local pharmacy, micro-finance credit institution, and other services to support the community that supports these children. What these two have accomplished for that community would be more than enough for any of us to hang our hat on and rest on our laurels, but they were not satisfied. Jacquie wanted to do more to help her fellow Rwandans.

So she and Malcolm started dreaming again. This time they dream of possibilities in coffee. They wanted to find a way to have generational impact on communities without having to continually fundraise money for aid projects. At this time they didn’t know anything about coffee, but they knew that the Rwandan government was supporting a transition towards specialty coffee. Malcolm and Jacquie wanted to see how far they could leverage that goodwill towards helping a community. They spent years soliciting advice from experts across the coffee industry and traveled all over Rwanda to look for a community that was interested in such a venture and was conducive for growing good coffee. After countless hours walking around farms with agronomists and soil-scientists, they settled on an area just an hour north of Kigali. This spot is not only stunning for its views, but its high elevation that dwarfs even the well-known Lake Kivu region. There was only one issue: not a lot of coffee was being grown there. So they dreamt up a solution. What if… they gave farmers coffee to grow? What if… they gave farmers technical support on how to grow good coffee? What if…they gave farmers a washing station to process it? What if…they gave farmers a dry mill to further process it? What if…they set up an export company in Rwanda to sell it, and an import company in the UK to own it even further? What if…10% of the profits went directly to development project investments (in education, health, etc.) What if…they helped organize these farmers so that they could manage themselves and eventually the business without them? What if… It was a lot of dreaming, that was met with a lot of doors being slammed in their face. Set-backs that would deter the most resilient of us did nothing to dissuade these two from their goal. After years of lobbying the local government, the Development Bank of Rwanda, farmers themselves, and countless other parties, their project was finally green-lit in 2014.

The structure of the project was unprecedented. Kinini Coffee signed a “lease” on parcels of land owned by various farmers throughout the area. This lease stipulated that Kinini would provide all these farmers with coffee trees, training, and organization. All the farmers had to do was agree to deliver these cherries to the Kinini Washing Station when they fruited in the future, for which they would be paid. For the most part, the chosen parcels sat on unused land that wasn’t being farmed yet. The due-diligence done on this lease took over a year. It was printed in triplicate for every farmer by the lawyers at the local and federal government to make sure farmers weren’t being taken advantage of. They had never seen anything like it. They just kept asking, “Why would you invest so much into farmers that have done nothing for you?”. Their answer, “Because it’s the right thing to do”. As a sign of good-faith, Malcolm put up his own life-insurance policy as collateral to the loan by the Rwandan Development Bank. They started distributing coffee seedlings to farmers, setting up trainings, building their washing station, and organizing farmers. Their learning curve in coffee was meteoric. Whenever they needed an answer to a coffee question, they would ask three specialists instead of one and triangulate their responses before making the most informed decision. A truly detailed-oriented team. The result? In 2017, three years after the trees had been planted, they had their first harvest of any substantive volume. It was a frenzy of activity. Samples were being sent to different Q-graders around Rwanda for evaluation so they could start to identify different areas for separation in the future. First year issues were being hashed out and triaged as needed. Choices were made not just for the sake of a certifying body, or a 3rd party auditor, but because they were in the best interest of the farmers and the coffee. An example of this was the gender equity trainings they were conducting. They did this not because they were asked to by a certifier, but because they thought it was vitally important to value women in the supply chain. Farmer group development continued and logical lot separations started to present themselves, such as the Tumba Village area. They had no idea how their coffee was going to taste, but they poured their heart and soul into it anyway.

The result? The care taken at the farm (by farmers incentivized to do so), at the washing station, during cherry collection, and on the drying tables paid off. They had done it! This is the very moment we met them. Malcolm and Jacquie had been so busy building Kinini Coffee that they were just getting around to figuring out how to sell the coffee. We fell in love with both the story and the coffee and snagged their first export to the United States that year. The quality demanded a price that helped to justify the amount of time and energy everyone had put into the venture. Farmers were happy with the new income stream and the price paid as well. The lot selection we chose was from the Tumba Village area, which Crop to Cup was lucky enough to visit the following spring. This is only the beginning of their story.

What’s next? It would take an entire book to describe their ambitions, but a quick preview of things to come are…A new cupping lab at the washing station, A new dry mill next to the washing station, A satellite project with a space imaging company to identify soil characteristics for their farmers and help inform what makes the most sense to grow. To be clear, the word is getting out about Kinini. About their unique model, about their coffee, and their incredible leadership. We feel privileged to be part of their growth and proud to be the champion of their coffee in the U.S.

Coffee in Rwanda saw a meteoric rise after Paul Kagame was sworn in as 6th president of Rwanda in 2000. He promised to focus on coffee and leveraged international goodwill to start funding/subsidizing the coffee sector infrastructure (washing stations). In 2002, Tim Schilling & Geoff Watts ran a cupping event in Kigali where knowledge sharing began. At this point 0% of total production in Rwanda was specialty production (Washed Top Lots). However, by 2018, 60% of total production was specialty. Now, 26 of 30 districts have Washing Stations – making coffee a crop that touches the whole country. Ninety-nine percent of this crop is exported to the US and Japan as washed coffee and Europe takes semi-washed. All the care and attention goes into the Washed Processed; none is given to semi-washed (sorry, Europe). Even if coffee comes through a private mill, all coffee in Rwanda is smallholder grown. And these are smallholders with a strong cooperative culture – there are over 200 registered coops in the country.
In 2017, a new law comes into effect that changes the way Rwanda handles zoning, and coffee producers are now obligated to bring their cherry to designated mills. According to the head of NAEB (National Agricultural Export Board) “The intention of zoning is to cut-out the middle men who are taking advantage of farmers.”

This is a change: since 2002 Rwanda had been organized as follows: 5 Provinces (Eastern, Northern, Southern, Western, Kigali), 30 Districts (26 of these have wet mills), Each District is then broken down into ‘sectors’, which are divided into ‘cells’ which have one or more ‘villages’. Now there are zones as well – a zone can contain multiple sectors, or be as small as one cell. Either way, each zone has designated mills to process all of that zone’s coffee. This is meant as not a political division, just a structure for organizing coffee. However, any distinction between communities – in a country with tense history – is political. In fact, the way the zones look on a map is like coffee gerrymandering.

Some Washing Stations benefited from zoning, and some have really suffered. Cocamu (a group on Lake Kivu) saw their catch basin quadruple overnight. Nova, on the other hand, saw theirs shrink drastically. Other changes have come along with zoning – the government has sent out local agronomists as extension workers, each managing between 10-20 cells. There can be up to 2,200 cells per sector, and on top of this, every washing station also has to have an agronomist. So there are a LOT of agronomists in the field. There is also now a “Floor” or minimum cherry price set by the government. By law you cannot purchase coffee for less than this price. The idea here is that a Rwandan “coyote” can no longer take advantage of a farmer who lives remotely without transport (which is true for most – most coffee land is in hard to reach).

Add ‘dedicated mills’ per zone to a ‘minimum price’ and you get an interesting dynamic. Washing Stations HAVE TO receive the cherry that is in their zone, UNLESS they don’t have any more room – a standard that is pretty hard to enforce. Now the only price that the Washing Station HAS to pay is the legal minimum. This trends coffee down towards the minimum price, putting the premiums back as second or third payments, in a way similar to Tanzania.

In summary – the big question here is about the autonomy of farmers in Cooperatives and Farmer Groups. Imagine delivering your coffee to one washing station for 10 years, and then overnight you now have to take it to a different place. While meant to protect farmers, this change in fact strips them of their choice and some of the benefits of being members of a cooperative. More, for specialty buyers, this model encourages premiums for certification over premiums for quality. This is political. The government wanted a system they could scale rapidly, which didn’t favor certain regions over others (read: high vs low elevation), and which gave an easy path for producers to sell value-added coffee. So they hired outside consultants who selected Fairtrade, UTZ, and Organic as the three certifications to engage in this process. Certifications can provide a value-add to any producer, regardless of region (or ethnic group), making it really the only politically viable narrative for the government. The optics of unity in Rwanda are ever-present. 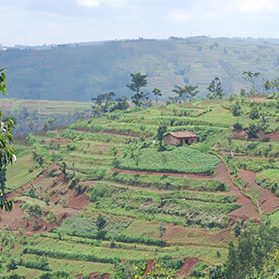 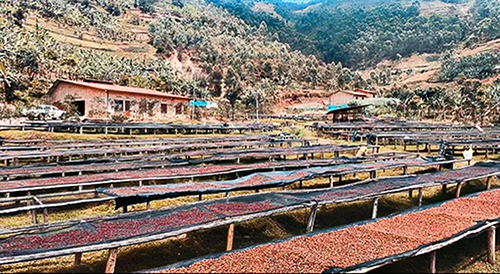 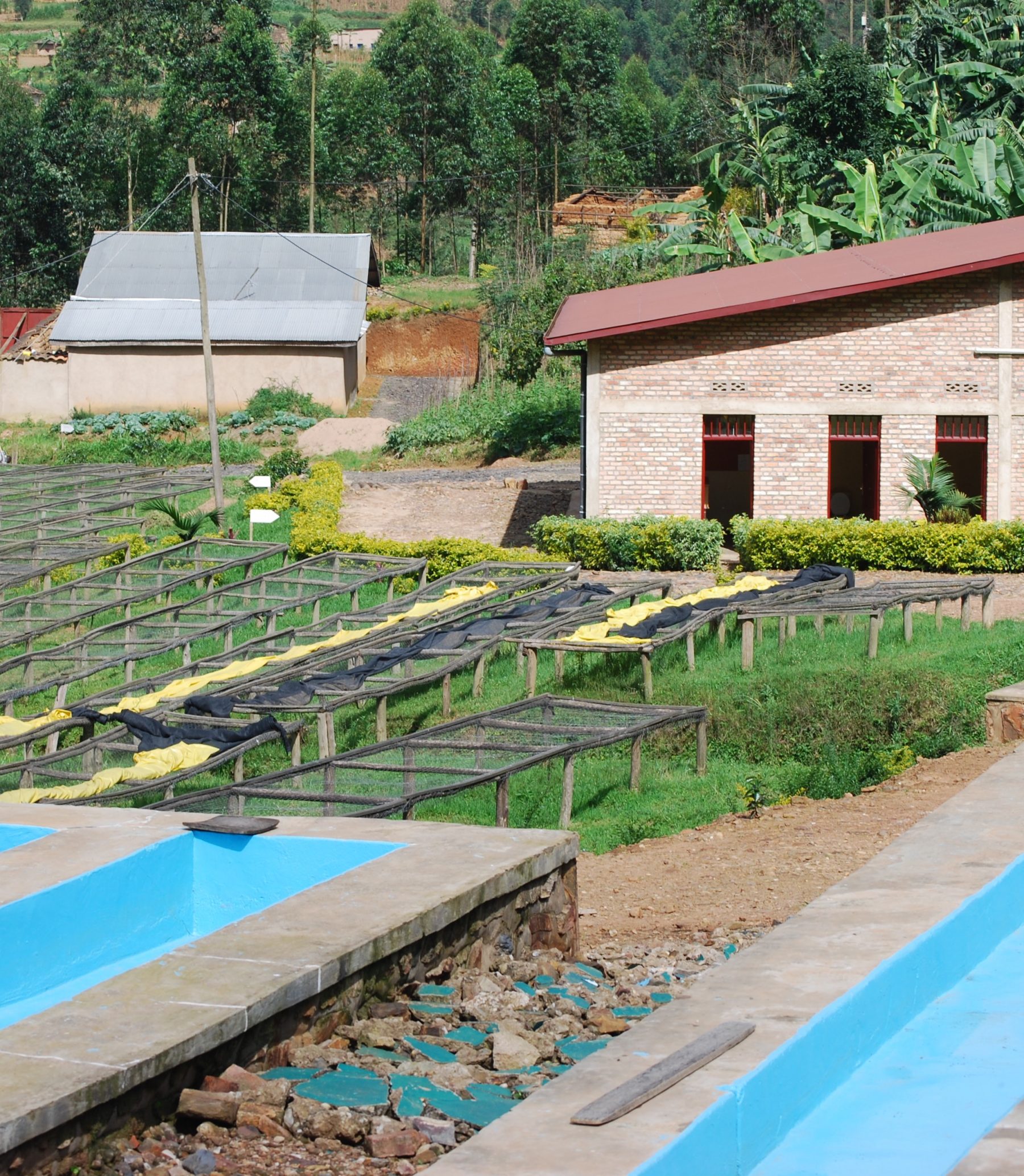